Sexual minorities from French-speaking Africa at a networking workshop in Cameroon denounced several lesbian associations’ call for a boycott of the Feb. 21-24 workshop, which was aimed at bolstering the activism of lesbian, bisexual and transgender people.

The four organizations of lesbian, bisexual and queer women that boycotted the event objected to the “the imperialist, paternalistic and patriarchal nature of this project” and the lack of participation by women at “the head of the organization of this workshop” and “all the women who initiated the project in 2012 and 2014.”

The workshop, titled “Together, let us support LBT women’s movements in French-speaking Africa,” was organized by two LGBT associations. One of them, Solidarité Internationale LGBTQI (SIL), is based in France. The other Humanity First, which has a unit dedicated to lesbian issues, is based in Cameroon.

Paris-based SIL provided funding and worked on planning, starting after an ILGA conference in Sweden in 2014, when French-speaking activists expressed a desire for a stronger LGBT movement in French-speaking Africa. SIL president Robert Simon said that a meeting in Paris in December 2014, attended by nine male and female African activists, formulated plans for a conference or workshop in Ivory Coast that would focus on lesbians’ needs.

Simon said that SIL worked on those plans during 2016, although France-based lesbian groups and activists in Ivory Coast stopped participating.

In 2016, SIL contacted the Burkina Faso-based Queer African Youth Network (QAYN) to discuss plans for the workshop, Simon said. QAYN declined to participate, stating that it wanted leadership and visibility in all such initiatives, Simon said.

SIL cut off communications with QAYN after receiving a message from QAYN complaining that “your colonialist viewpoint … leaves me with a belief that you don’t think we can think for ourselves, define our own needs and find ways to address them. Those are quite obvious in your proposals and in this project,” Simon said, describing QAYN’s message.

SIL also discussed the project with the Coalition of African Lesbians (CAL), which had planned a meeting of West African lesbians. CAL broke off its connection with SIL because it was not moving quickly enough on a plan to establish a French-language website for African LGBTQI activists, Simon said.

During the summer of 2016, SIL began working with Humanity First Cameroon, which suggested holding the workshop in Yaoundé, Cameroon.

SIL agreed, and Humanity First then took over the detailed planning of the workshop.

In interviews after the workshop, participants said the objectives of the workshop were important. Edinedi Essiomle, president of ATFA — Bisexual Section in Togo, said, “As an activist, I am ready to work with everyone who shares my struggle, the cause that I defend.”

In an open letter released after the workshop, the participants were more critical of the boycotters, calling them a “cabal orchestrated by a handful of individuals and organizations” that are “in many respects are not irreproachable because they are prone to opacity in their mode of operation, close-mindedness, competition for financing and opportunities and the systematic denigration of any new initiative.”

The letter praised Humanity First for working “to give us the necessary tools to increase our visibility, enhance our work, and make our voices heard on the international scene.” It added, “we welcome their commitment and dedication to our common cause. The management of this association believed that it was an opportunity to contribute to the visibility of LBT women, in order to promote and promote their cause, [who are members of Humanity First] and therefore are among their goals”:

“We all agree that it is imperative today for African LGBT organizations and more broadly civil society to develop a modus operandi to ensure harmonious, frank and equitable collaboration with international partners, to avoid any suspicion of paternalism, neo-colonialism and enslavement of our associations in the southern hemisphere.”

The open letter was signed by individuals and representatives from participating organizations:

The earlier appeal for the boycott was signed by:

Erin Royal Brokovitch, a co-author of this article, is an activist for LGBTI rights in Cameroon writing under a pseudonym. Colin Stewart, the other co-author, is the editor/publisher of this blog. 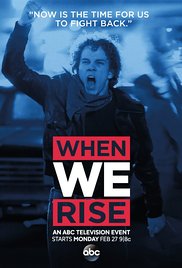