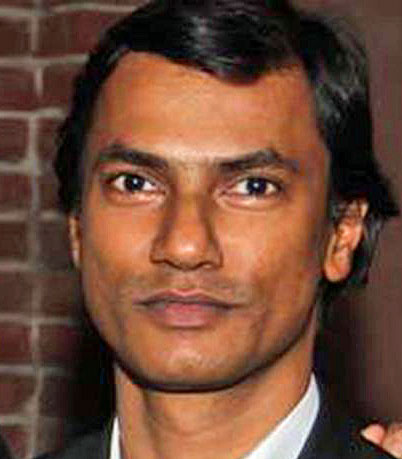 In Bangladesh, two LGBT rights activists, including the editor of Roopbaan, the country’s first LGBT magazine, were hacked to death this morning in a flat in the country’s capital, Dhaka.

Bangladeshi LGBT rights activists expressed shock and depression about the murders, which came in the wake of last month’s murder of a law student who had expressed secular views online and last year’s murders of  four prominent secular bloggers whose names had appeared on a list of 84 “atheist bloggers” drawn up by Islamic groups in 2013.

“Xulhas Mannan was my role model,” said one activist in Dhaka. “He was like angel to us.”

“Xulhas Mannan and Tonoy were such nice persons. They were pioneers of LGBT activism in Bangladesh. They were gentle, humble and also very dedicated persons. I would like to celebrate their lives.”

These are dangerous times, the activist said. “I told to my LGBT group few days ago to keep themselves safe, but nobody cared and nobody believed that it can happen,” he said, then added, “I still can’t believe it could happen!”

Another Bangladeshi activist, currently outside the country, said, “Now everyone needs to be careful and try to stay strong. The community needs people like us. I know this is difficult. [Another friend] was crying when I called him.”

“The first thing is LGBT activists have to do is protect themselves by hook or crook. ”

He said he plans to seek support from British LGBTI rights activist Peter Tatchell to see if the Commonwealth can pressure the Bangladesh government “to come down hard on the murderers and their associates with the full force of the law BEFORE these murders take place. Currently the government partially blames the atheists for their murders and will probably blame the gays for being gay. (This however has not happened yet.)”

The activist in Dhaka added his own tribute to Xulhas Mannan and Tonoy  Mojumdar.

“They are martyrs and they always will be our role models just like Harvey Milk.

“We LGBT people have no safety here and nobody cares about our lives. Even the government is careless. It is all done by the evil home-grown Islamist terrorist groups such as: Jaamaat-e-Islami and its student organization, Islami Chhatra Shibir, who are linked with Al-Queda and ISIS.”

The incident took place on the second floor of a six-story building in Kalabagan [district of Dhaka] around 5pm Monday.

Parvez, 18, security guard of the house, told the Dhaka Tribune that five to six youths identifying themselves as courier company officials came to the house around 5pm mentioning that they have brought some parcel for Xulhaz.

He said: “But half an hour later, I heard shouting and shooting sound from the flat and went to look into the incident.”

“The assailants then attacked me with knives,” said Parvez with heavy wounds on his eye.

He is now undergoing treatment at Dhaka Medical College Hospital.

Another security guard Sumon, who was also present at the time, said the killers were wearing blue T-shirt and everyone had a bag on their shoulder.

He said one domestic help and Xulhaz’s mother were also present at the time of the incident.

According to eyewitness, the killers while going out of the house chanting “Naraye Takbir, Allahu Akbar.” [Shout it out: God is great.]

One of the killers had pistol in his hand.

The editor of Bangladesh’s only LGBT magazine has been killed in the latest of a series of horrific murders in the country .

Xulhaz Mannan was one of two hacked to death in the attack in the capital, Dhaka, police said.

Mannan, 35, was the editor of Roopbaan, the country’s only magazine for the LGBT community and who also worked at the US development agency USAID.

A security guard of the house told the Dhaka Tribune that five to six youths identifying themselves as courier company officials came to the house around 5pm.

He said: “But half an hour later, I heard shouting and shooting sound from the flat and went to look into the incident.”

“The assailants then attacked me with knives,” said the security guard.

Marcia Bernicat, the United States ambassador to Bangladesh, condemned the killing. “I am devastated by the brutal murder of Xulhaz Mannan and another young Bangladeshi,” she said.

“We abhor this senseless act of violence and urge the government of Bangladesh in the strongest terms to apprehend the criminals behind these murders,” she added.

Mannan had been behind an annual Rainbow Rally, which since 2014 has been held on 14 April Bengali New Year.

Roopbaan was launched in 2014 to promote greater acceptance of LGBT communities in Bangladesh.

A leading gay rights activist and editor at Bangladesh’s only LGBT magazine has been hacked to death, media reports and officials say.

Another person was also killed and one person injured when attackers entered an apartment in Dhaka, police said.

Julhas Mannan was an editor at LGBT magazine Roopbaan and previously worked at the US embassy, friends said.

The killing comes two days after a university teacher was hacked to death by suspected Islamist militants.

BBC Bengali Service editor Sabir Mustafa said staff at Roopbaan, which had not been condemned by the government and received some support from foreign embassies, had been careful to protect their identities but had not believed their lives were at risk.

Suspected extremists in Bangladesh are gaining a sense of security that they can carry out killings with impunity, he says.